In a forest-like space, Chikako Kaido’s new work leads through a dense and concentrated net of scenes, movements and musical moments. Two dancers and a vibraphonist explore the fascination and strength of being exposed and invite you to join them.

TOUCH is a multidisciplinary performance between movement, sound and video that deals with the meaning of touch. Originally developed as the third third part of the trilogy CONTINUE, which was created in 2018, TOUCH was supposed to be premiered on 18.04.2020 at the theaterimballsaal Bonn and was planned to tour in Malaysia in July 2020.

13 trailers are shown online as a digital format of the work and will be part of future live performances as well.

In this choreographic installation the Berlin group Costa Compagnie with the dancer and choreographer Jascha Viehstädt and the director and artist Felix Meyer-Christian, as well as with the participation of the actresses Katharina Shakina, Helen Wendt, deal with the physical and spatial dynamics of global independence movements. Also in the team is the Catalan dancer and performer Montserrat Gardó Castillo, who has been following the conflict about independence and identity in her home city for years. Body images along the freedom of dissent, of isolation, loss, departure, aggression and solidarity are combined with a sound landscape of noises, sounds and language-fragments from the research conducted by Costa Compagnie in Great Britain, Bavaria, Catalonia and Southern Sudan. In this performance, movement and sound are condensed  into a world of associations surrounding the audience.

Through a staggered performance of the same solo, four dancers follow the instruction to imitate – a canon – and layer by layer they enter a tight network of interlinking.

In a landscape of superimposed movements, Tableau shows the canon in a physical interpretation. By duplicating and overlapping a solo, it searches for the cohesion between individual movements and for the expansion and distortion of the original material.

Together with the experimental multi-instrumentalist Aidan Baker and the scenographer Takaya Kobayashi, a moment arises that uses the old, musical form of the canon as a portrayal of the modern mania of permanent connection. Much like a moving Tableau Vivant, the work invites an immersion in the rhythm of repetitive fragments while simultaneously questioning their exposure.

END_OF_DOCUMENT_TOKEN_TO_BE_REPLACED

In a hybrid format between dance, performance and installation, five performers together with Google’s language based assistant „Google Home“ as an equal performer, are exploring one of the most important global transformation processes: the interaction of humans and artificial intelligence.

Within a world in transition to a data economy, the newly released „Google Home“ device, similar to science-fiction movies, allows for continuous conversation with Google’s servers. The language-based assistant can be assigned tasks permanently, while collecting behavioral data of its users from all spheres of life.

OK, GOOGLE designs a scenario of the near future. On the frontier of real and virtual reality, the performers seek an intensifying and confrontational dialogue with the artificial but present digital actor. In reference to the rituals of ancient theater, the artists question the coming coexistence with the most intelligent being of the future at the time of its creation. Utopian projections for the deconstruction of gender and body images emerge, as well as thought experiments on cyborgs and the imagination of loss of control in the post-human era. Can a truly empathetic moment arise between a human and artificial intelligence? How do our perceptions, emotions and our physicality change through a technoid everyday practice? And will the self-learning machine be the better human being of tomorrow?

English/German with no subtitles

The COSTA COMPAGNIE researched with a 360°-camera in Norway and Iraq and now presents, as the conclusion of their trilogy around the globally crucial topic of oil, all three parts together in a row: An immersive 360°-documentary (part 1), a medially dense text-performance (part 2) and a profound choreography (part 3), accompanied by a virtual-reality-installation. Does the powerful resource entail the potential for a social welfare utopia like Norway or does it lead to a never-ending war, as in Iraq? Are there certain aesthetics to the oil-rich underground – the hidden? And will we survive the oil-age? The artist group leads the visitors through the complementary parts and media and creates an extraordinary art experience between abstraction and documentation.

The first, cinematic part A Research in 360°passes the word to the interview partners onsite and investigates the connection between the global economy, climate change and conflict in a unique, cyclorama video space, displaying footage from Stavanger, Bergen, Erbil, Kirkuk and Mosul. The second, performative-analytical and musical part The Underground Frontier moves into a sensory medial reflection of the opposing countries and ends with a imaginary trip with the visitors. In the third part An Infinite Ending two dancers enter the cyclorama stage and, in a borderless choreographic work about speed, search for an ending.

CONTINUE is a series of three dance pieces, which are produced in Malaysia (Kuala Lumpur, Penang) and Germany (Hamburg, Berlin). The work is about continuously repeating patterns in nature and human behavior. In three parts, the work tries to extrapolate one of the most typical, enjoyable and problematic patterns of human being: communication -> relationship -> touch.
CONTINUE works with each of those topics and tries to find it’s unique abstraction into movement and dance.
The first part TONGUE is dealing with the different intentions of the spoken word in relation to movement. The second part TRIANGLE is investigating the many impalpable and constantly repeated ways of inter-human relationships, while the third part TOUCH is finally taking a look at the fundamental meaning of physical contact for merging things, societies and humans. 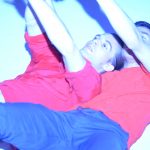 In a concentrated dance work, the Malaysian-German duo creates a mermaid and explores the meaning of this „hybrid-being“ and its implications in terms of movement, narration and gender.

END_OF_DOCUMENT_TOKEN_TO_BE_REPLACED 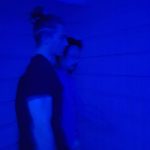 In „Gebrauchsanweisung zum Verschwinden“ („Manual to Disappear“) the Düsseldorf choregrapher Chikakao Kaido and her multidisciplinary team explores the motif of dissapearing.

END_OF_DOCUMENT_TOKEN_TO_BE_REPLACED 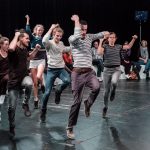 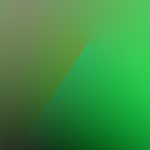 a study for a fictional, physical, real, non-existing body

„Everyday we leave the house, we are aware that we may die.“

The COSTA COMPAGNIE conducted research in the Hindu Kush for three weeks at the end of ISAF’s mission and spoke with Afghan activists, journalists, scientists and students, as well as with German and American soldiers and diplomats about their experiences within the region’s complex situation. CONVERSION translates the multiple voices and contradictions of the material into a powerful performance that blends contemporary dance, research-based theater, soundscapes and multimedia installation to create a new form of the messenger’s report, while pursuing questions such as: How did the ISAF-mission affect the situation in Afghanistan? And by which interdisciplinary means can we approach war 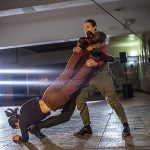 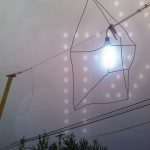 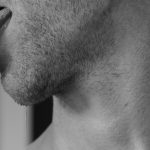 No words. A long, loud night. Pictures of naked and dissolving bodies on gleaming surfaces. The question arises, how to be naked within a hypersexualised adulthood. Or if our clothes provide us with a sense of real freedom. Focusing on the coexistence of an adult strangeness and rough simplicity especially found in comics, a collage and episode oriented dance piece develops. By using the emotional mechanisms of comic art, music and dance, the work encompasses the right to be shameless through probably exhausting and sweat-inducing rehearsals.

END_OF_DOCUMENT_TOKEN_TO_BE_REPLACED 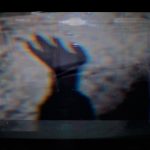 In their first joint stage work, the four dance-, and media artists from Hamburg and Berlin deals with the complex terminology of space and time and translate these into social phenomena such as fear, freedom and oppression. They look to the aesthetics of horror and show an installation / situation of media harassment.

END_OF_DOCUMENT_TOKEN_TO_BE_REPLACED

WE WILL SHOOT OBJECTS INTO SPACE!
BRING BELOVED OBJECTS (max. Weight 850 grams)!
WARM GREETINGS TO ALL!

As the hero of our very own reality, we are in search of the true fiction in dance and end up in a fairytale about the new, old war of humankind: Flesh vs. Stone.

END_OF_DOCUMENT_TOKEN_TO_BE_REPLACED

1.5 years after the threefold disaster, one member of the COSTA COMPAGNIE traveled to Fukushima Prefecture and throughout Japan. He returned with a backpack full of interviews, sounds and video images. In FUKUSHIMA, MY LOVE the company pursues the question whether it is possible to reduce the spatial, temporal and cultural distance to the events of the disaster that also resulted in Germany’s departure from nuclear power. Based on 35 interviews and Japanese myths, three dancers, two actors, one musician and one video-artist artistically approached the incomprehensible in a performative essay, while asking: What is the human in the face of disaster?